What is Christmas About?

Christmas, celebrated in December, is surrounded by so much media hype that many of the shops have begun to display their Christmas range from as early as October. After three months of "jingle bells," shoppers have had enough.

The pressure on parents each year to buy bigger and better toys for their children is so great. Many have to borrow money to cope with the financial burden Christmas brings. Similarly, even devout Christians find it a scandal that obscene amounts of money are spent on food, drink, and Christmas decorations when millions in the world are starving. 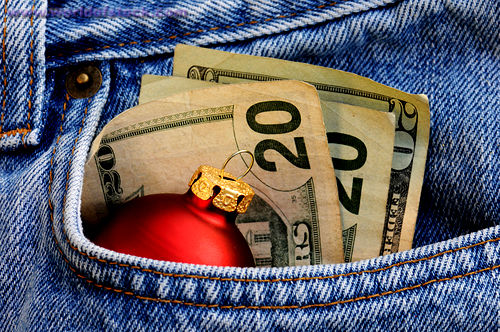 What, then, is Christmas about? The actual feast of Christmas, celebrated on December 25 by most Christians and on January 7 by the Orthodox, remembers the birth of Jesus (peace be upon him).

In ancient times, December 25 was a feast of the pagan sun god, celebrated in Europe in the depths of winter to give hope that the cold, dark days of December would soon pass. The Churches took over this date, although nowhere it is actually recorded when Jesus was born.

The feast celebrates the belief that God sent His son into the world to redeem it from the Original Sin of Adam and Eve, and Christmas is the time when Jesus was born.

That, in a nutshell, is what Christmas means. Whether any of the people staggering around the streets drunk know this, is another matter. Whether the shoppers, frantically clamoring for gifts of any kind to give to relatives they hardly know, understand that this is what they are celebrating is doubtful.

Most of the countries of Europe are nominally Christian and their predominant tradition is a Christian one. Christmas, as a traditional part of European and North American culture, is celebrated one way or another by almost everyone in these countries, whether or not they are church-goers or even believe in God.

How Christmas Is Celebrated

During the Middle Ages, almost everyone went to church. Nowadays, the majority do not. Nonetheless, Christmas has remained very much a part of these societies. For most people, it has become a time to celebrate the love of family and friends and to look back with fondness at happy memories of childhood and to a time when people did, perhaps, pray and have some belief in its power. This is one group.

The other group who celebrate Christmas are devout Christian believers. For them it is a religious feast at the heart of their faith. The most important part of the celebration for them is not the turkey or the mince pies, but the religious service. Unfortunately for them, though, they are very much in a minority, and their feast has been robbed from them by the salesmen and the media.

Where, then, do Muslims stand in all of this? Clearly, as Muslims we do not believe that Jesus was God's son, so there is nothing for us to celebrate. That's why Christmas plays no part at all in the Muslim calendar.

In Muslim countries, for example, all the shops will be open as normal on 25 December and the majority of people, going about their everyday business, would not even realize that this day is called Christmas Day at all. Their lives would go on without any of the fuss associated with this day elsewhere in the world.

For this reason, Muslims would not decorate their homes, schools, or offices with Christmas trees or fairy lights or hang cards around the walls. Nor would they send cards to everyone they know, wishing them a Merry Christmas.

An Essay on the Tradition of Forty Hadith

Islam Guarantees the Freedom of Belief

Quicunque Vult: or, My Journey to Islam - IV