Understanding and Following the Sunna of the Prophet Salahattin Polat, PhD

It is necessary to dwell upon the problem of understanding the sunnah in its true meaning, as there is some confusion about this term. We believe that such misunderstandings of the sunnah have a vital role not only in difficulties in following the sunnah, but also in the recent heated debate about the function and importance of sunnah in religion. 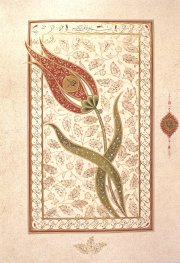 People use concepts for communication. No matter what meaning you attach to the concept you use, the person you are talking to will understand the concept within the framework of the meaning and content s/he attributes to. If the parties attribute the same meaning to the concept then healthy communication can occur. Otherwise, many social problems arise in societies because people cannot make themselves understood due to such a confusion of concepts. There are people who take advantage of this circumstance to produce vague and ambiguous concepts and use them as weapons.

The first thing that comes to mind when the word sunnah is mentioned generally is the mustahabs (favored or recommended actions) related to the clothing, customs and ibadah (worship) of Prophet Muhammad (pbuh). The virtues of the Prophet related to his high morality, his economic, legal and political practices are not among those attributes that first spring to mind when contemplating the sunnah. Therefore, this is a crucial point which should be considered. The fact that the perception of the sunnah in the mind of Muslims is incomplete and deficient has given rise to a formalistic understanding of sunnah consisting of mere imitation of behavior patterns.

The confusion of the concepts sunnah and mustahab, a term meaning sunnah in fiqh (canonical rulings), must have some role in the formation of such a superficial understanding of sunnah. As the chapters about mustahab in the books of canonical rulings most often encountered begin with the concept of sunnah, people generally understand that sunnah refers only to such behaviors of the Prophet. Thus, a superficial religious knowledge and the fact that books of canonical rulings have not been developed in accordance with the needs of the times are the root causes for this misconception.

Is it feasible that a Muslim or Islamic society fully develops with such an understanding of sunnah? What I mean here is that if a person follows the above-mentioned sunnah practices, without omitting any of them, can one achieve the life-style of the Prophet? Absolutely not. Both Allah and the Prophet put more stress on the person's soul, their inner world, faith, morality and social relations than on their appearance. Therefore, by limiting Islam to a framework of forms and words, we cannot prevent people developing in such a way that they are Muslim in appearance but their faith, worldview and morality are not parallel to Islam. Moreover, an understanding of the sunnah that does not embrace every part of one's life causes un-Islamic practices to fill up the empty spaces of life.

Another problem in following the sunnah is that the integrity of the person and society is neglected. Believing that we are following the sunnah, some of us neglect social sunnah practices, some of us neglect the sunnah practices necessary for the training of ournafs (ego) in order to follow the sunnah practices of social life. In particular, Muslims who are in positions of irshad (guidance) andtableeqh (calling to Islam) may forget about their nafs when dealing with other people. This is one of the reasons for the failure oftableeqh. However, the educational method of the Quran and sunnah is that first of all Islam will dominate in the egos and lives of people, and only then will it have reflections on social life. Saying this, we do not reject the fact that society affects the life of a person or that each system produces its own people. However, what we want to emphasize is that we have to determine the starting point, the initial target and the necessary stages to be taken in the Quran and sunnah while changing any undesirable social structure, in particular when the aim is moral maturity.

Before answering the question, "What is sunnah and what is not?" it is necessary to remember the classical definition of sunnah. The Arabic word sunnah means the way, the trodden path, custom, behavior, life style, etc. The concept of sunnah means the words, deeds and things approved of by Prophet Muhammad. If the Prophet did not criticize a word or a deed when he heard or witnessed it, this shows that he approved of that word or deed, or at least he accepted it as mubah (an action which is neither forbidden nor recommended). It is not possible that a prophet charged with keeping people away from everything contrary to Allah's consent would remain silent in view of a fact that is contrary to the religion or consent of Allah, as he is aware that his every word and deed is followed by his community. Therefore, our scholars have accepted the Prophet's silence or lack of criticism as approval of those words and deeds that he witnessed.

In short, the sunnah means the life-style of the Prophet. It can be said that a life-style is a reflection of one's concept of life. Therefore, the basis of the Prophet's sunnah is his life-style. Throughout history, people have looked for answers for questions like "Who am I? Where did I come from? Why did I come? Where am I going?" and they have given meaning to their lives and even determined the aims of their lives in accordance with the answers to these questions. Allah has informed people of the answers to the above questions via the prophets and we are expected to live our lives in accordance to these answers. If the sunnah is a life-style - which it is - having a clear understanding of sunnah depends on the life-style that lays behind it. The person who perceives this understanding of life correctly can follow the sunnah consciously.

Afterwards, comes the dimension of the sunnah that is related to worship. With this dimension we are not only talking about how the Prophet worshiped but also how he manifested his worship as a servant of Allah, as well as the spirituality of his worship, namely his relationship with Allah. When the deep dimension of a person's worship depends on their faith, they will turn this worship into a responsibility and an understanding of being a servant of Allah every moment of their life, instead of seeing worship as merely duties to be fulfilled at certain times. The Muslim will have the consciousness of being a servant of Allah in their worship on the smaller scale, and on the larger scale they will have this consciousness in their every behavior; in addition, they will try to resemble the Prophet in the spiritual characteristics of being a servant, such as submission to Allah, peace, benefaction, thanking Allah, and marifatullah (divine gnosis).

The third dimension of sunnah is the relationship between a person and other people or objects. In classical literature, this field displays the social dimension of sunnah, and is observable in interactions with other people, morality, customs, education and family lives. With this dimension the sunnah displays how a person should be a member of society and how a perfect Islamic society should be in practice. We have to understand the following and try to make these aspects the basic elements of our social lives: our Prophet's sensitivity to the rights of others, his understanding that authoritative control is not power but justice, his understanding of social justice in his command "The one who sleeps full while his neighbor is hungry is not one of my community," his understanding of divine kalimatullah (the word of God), which is the basis of justice on earth, his understanding of an economy that avoids every kind of exploitation and is directed so that the human, the most honorable creature, should live like a human; in short, the Prophet's aims and principles for society. It must be the aim of our lives to embrace and follow the Prophet's humanity, mercy, forgiveness, tolerance, his efforts to make everything easy, to practice charity, to display humility, fidelity, altruism, geniality, honesty, truthfulness, gentleness, bravery, generosity, to practice economy, to ignore the temporary advantages of the world, to practice asceticism, to display thankfulness, patience, reliance on Allah, submissiveness, amicability, to have a soft-spoken personality, to possess characteristics of nicety, delicacy, shyness, cleanness, dignity, glory, calmness, courage, confidentiality - actually, all of the Prophet's countless distinguished characteristics. By saying "I have been (sent) to you to complete good moral values," Prophet Muhammad emphasized that the aim of his prophethood was to educate people until they reach a maturity of morality.

In the wholeness of the sunnah even the smallest detail is of importance. However, it is also true that the sunnah has inner stages. Following some sunnahs is fard (compulsory), some are wajib (obligatory) and some are mustahab (recommended). Vice versa, it is haraam (prohibited) not to follow some sunnah practices, and for others it is makruh (abominable).

The Prophet : Not Offending and Not Being Offended

The Teachings of Islam