“This Qur’an does indeed show the straightest way. It gives the faithful who do right the good news that they will have a great reward.” (17:9) 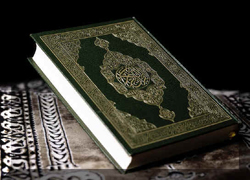 The Qur’an, which we are required to believe in and whose rulings we are expected to abide by, has declared and circumscribed the purpose of life. The Qur’an has classified the purpose of life according to people’s understandings. Just as one must read a user’s guide and use it accordingly before operating a simple household appliance for the first time, Allah the Almighty, who has created mankind and equipped him with resources, has provided the divine guide, the Holy Qur’an, which will be a source of happiness both in this world and the hereafter, easing our journey as it illuminates the road before us.

The Qur’an is life itself, which this is why Sayyida Aisha (ra), when asked about the life and the manners of the Messenger of Allah, would answer by saying, “His life is the Qur’an [itself]”.

The Holy Qur’an was not revealed to Prophet Muhammad (pbuh) solely as a means to keep out of harms way, or to be read at graveyards while mourning; nor was it written down and committed to memory just so that its spirit would be espoused and its orders abandoned.

The Holy Qur’an was revealed in order to bring people goodness and happiness. A Muslim who does not apply the teachings of the book of Allah to their lives is much like a confused person who, despite having a lit lamp, blows it out and expects to be led by the blind.

This is why the Qur’an, which is an unparalleled legal system and source of conviction, is the most superior path in life that provides humans with happiness and an immaculate economic order, protecting its pertinence and youthfulness at all times and in all places.

We must live in full adherence to the Qur’an and refer to it in every aspect of our daily lives, be it social or economic; because the Qur’an is where we can find divine orders and all which is unlawful. However, it also teaches us that there is a reward for work, gaining knowledge, waging war against ignorance, attaining the highest form of knowledge and science, maintaining awareness of our comings and goings, and allowing for us to see the good as good and the bad as bad. It ordains that we read it and understand it to the best of our ability, while applying its teachings to our daily lives.

In short, the Holy Qur’an is the only life directive that allows individuals, families and nations to attain happiness, as well as ease mental anguish, do away with financial misery, and open the gateway towards a spiritual and humane development, allowing people to live righteous lives that observe justice, freedom and equality. The Qur’an is a book that will enlighten not only our earthly existence, but the next stage of our lives, which will begin with our death.

The Qur’an is financial and spiritual wealth. There is no such thing as poverty after believing and experiencing it.

Whosoever takes the Holy Qur’an as a measure, will be lead to heaven. Whosoever does not regard this book as important and opposes its principles, will be dragged to hell.

The Qur’an is the word of Allah the Almighty.

The Qur’an is a book of magnificence that provides spiritual joy with each reading, never leaving the reader in a state of weariness.

The Qur’an is divine rule which, through every sentence, contains judgments on the world, the afterlife, law, social, political and financial matters. “…and there falls not a leaf but He knows it, nor a grain in the darkness of the earth, nor anything green nor dry but (it is all) in a clear book.”

History has bowed before the Qur’an; and has never been able to remain arrogant before it.

The Qur’an is the greatest miracle of our Prophet, the Sultan of the Prophets.

The Qur’an is miraculous while the reader is always powerless.

The Qur’an is a healer in this world and a mediator in the hereafter.

The Qur’an places ease into the heart and prosperity into the soul.

The Qur’an is a divine proclamation, whose single word has not been altered for 15 centuries, and not a single letter has been altered, nor a single clause changed. “We have sent down the Qur’an Ourself, and We Ourself will guard it. Even before you [Prophet].” (15:9)

A person who dismisses the Qur’an will never be able to attain salvation.

The first verse of the Qur’an, “iqra’,” which translates as, “read,” is a mandate that embraces knowledge.

If one is not able to become enlightened through the Qur’an, then they will not attain enlightenment through any other means.

The Qur’an’s revelation will triumph until the Day of Judgment.

The Qur’an is advice and counsel, but only for those who seek it.

The Qur’an is a source of courtesy, morality and civility. 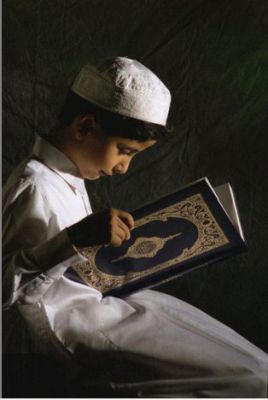 Humanity is in need of the Qur’an’s restorative cure.

Humanity is in need of the Qur’ans divine guidance.

Humanity is in need of the Qur’an’s purifying mercy.

Humanity is in need of the Qur’an’s redemptive love.

Humanity is in need of the Qur’an’s sacred light.

Humanity is in need of the Qur’an’s noble and good manners.

Humanity is in need of the Qur’an’s straightforward path.

Humanity is in need of the Qur’an’s collective banner.

Humanity is in need of the Qur’an’s words, which separate truth from falsehood.

One who does not believe in the Qur’an, will not be at peace with himself or his environment.

One who does not adhere to the Qur’an in his daily life, will not be able to break the shackles of his ego.

One who does not know the Qur’an, will not be able to experience the joy of being a “pure” servant of Allah.

One who does not turn to the Qur’an, will decay both physically and spiritually, unable to contain his overwhelming mental turmoil.

One who does not rush to the Qur’an will remain in the state of denial that troubles the age.

One who does not seek the Qur’an will not be able to protect himself from  provocation, mischief and suffering.

“One who does not contain a single verse from the Qur’an in their hearts is akin to a devastated home.”

As is evident, the Holy Qur’an is the only prevention of devastation; it is the only means of elevation and progression, and the only solution to all forms of unrest.

Place the Qur’an at the center of your life in such a way that without it, your life would be a life without Allah (swt). The Qur’an is a means by which individuals can know Allah and know themselves.

Before you begin to read the Qur’an, evaluate your heart and mind, and make sure that it is in a sound state.

When sitting down to read the Qur’an, feel as though you have knelt before the spiritual presence of Allah such that your Lord is addressing you and you are listening with full attentiveness so as not to miss a single word.

Read the Qur’an as though it is being revealed to you. Personalize each of the addresses in the text as though it is to you. Put yourself in the place of each protagonist in the stories shared.

When reading the Qur’an, make the following supplication, “Oh Allah, open me to it and it to me.” If you don’t have a grasp of Arabic while reading the Qur’an, then at least memorize the meaning of the short chapters that you recite in your daily prayers.

If you know someone whom you can refer to as a “walking Qur’an,” who knows how to read the Qur’an and interpret it in its true sense, then learn the Qur’an from this person. This is the nabawi method of learning to read the Qur’an, meaning the way of our Messenger. Prophet Muhammad’s Qur’an teacher was the angel Jibreel. Qiraa’, proper recitation of the Qur’an, requires induction, and induction requires action.

Do not try to interpret a verse without referring to the following:

1-      Is there another verse in the Qur’an which explains or completes this verse?

2-     How did our Prophet interpret and explain this verse; and how did he put it into action?

3-     How did the scholars of the companions of the Messenger of Allah understand and act out this verse?

Tell your children the heroic stories of the Qur’an, such as those of Prophet Ibrahim (pbuh), Prophet Ismail (pbuh), Prophet Yusuf (pbuh) and Prophet Isa (pbuh). Make the heroes of the Holy Qur’an their role models, before popular culture infiltrates them with other false sports idols and pop icons.

In order to understand the spirit and the essence of revelation, read the life of the Messenger of Allah.

Do your mind justice by memorizing verses from the Qur’an and sound books of hadith. This will increase your knowledge and further your discourse. Furthermore, you won’t be confined to reciting your prayers with limitations -- namely the last few chapters of the Qur’an -- for the rest of your life.

Not letting yourself memorize even small excerpts and short verses is a form of deprivation. Understand and be able to explain the meaning of the verses of the Qur’an that you recite in your daily prayers. Soon you will see that you have gained a different kind of gratification from your prayers.

Mawlid Ceremonies in the Ottoman Empire

Untold - Tamam Khan's book on the Wives of the Prophet

The Blessing of Serving Others