One of the most threatening problems of the present day doubtlessly concerns the environment. The world up to this day has never experienced an environmental problem at such a comprehensive level. At its center resides the human element that owns the potential to protect it. It is a religious and national duty to try to leave a better environment for the next generations. In this context, Islam has prioritized and preached the protection of the environment. 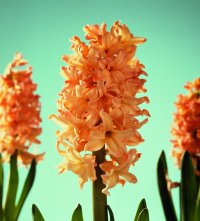 Through the course of his life, Prophet Muhammad (pbuh)was deeply concerned with the environment and its protection, and he left behind, if you will, “ecological sunnah (practices of the Prophet).” This phrase refers to the love the Prophet had for the living beings and nature, his verbal teachings concerning their protection as well as his acts in line with this motivation. The hadith (sayings of the Prophet) sources examined in this context reveal many direct and indirect hadiths related to the field.

These hadiths contain many warnings against the pollution of rivers and seas. There are distinctive provisions admonishing urination in waterlines, under fruit trees, on roads and in places that people rested and keeping animals at a distance the wells. It is even stated that these acts are actually forbidden in Islam. The hadiths point to the need to keep the masjids clean, not to urinate by the water sources, riversides and stagnant water; “Any of you shall not urinate in dead water because they may do ablution with that water later” (Bukhara, “Vudu” B.68; Muslim, “Taharat” H.No: 95-96).

The Prophet had been closely involved with the environment and nature ever since he was a child. He explains that he used to be a shepherd like other prophets: “When the Prophet said ‘Allah did not send a prophet who did not herd cattle,’ the Companions said: “The Messenger of Allah, have you also herded cattle?” He replied: “Yes, indeed I have herded sheep of Meccans for a little money “((Bukhara, "Ijara" B.2; Ibn Maja, "Tijârât" B.5).  Moreover, the Prophet owned many animals (horse, sheep, goat, etc.), orchards and gardens in later parts of his life. Therefore, the Prophet displayed some exemplary behavior in the greening and afforesting of the environment.

One of his greatest efforts in this context was to afforest an area called “Zuraybu’t Taweel,” where he announced: “Whoever cuts a tree here should plant a new tree instead.” Together with this regulation the area shortly turned into a forest. The Prophet also d an area of 12 mile distance the center of Medina as haram (forbidden by religion) and also prohibited the cutting of trees and the killing of animals within its borders.

The existence of many hadiths that encourage the greening and afforesting of the environment clearly reflects the Prophet’s concern thereof.

“If a Muslim plants a tree or grow grains and a bird, a person or an animal eats it will be counted as a charity for him.”(Bukhara, "al-Khars ve'l-Muzara", Muslim, "Musakaat", H. No:  12)

“If any of you have a date sapling on the doomsday he should plant it -if possible.” (Bukhara, Edebu'l-mufred, (thk., Halid Abdurrahman), p. 138, Daru'l-Ma'rife, Beirut, 1966). The aim here is to make people understand the importance of planting trees.

“Whoever plants a tree is rewarded by Allah as much as the produce grown in that tree.” (Ahmad b.Hanbal, Musnad, V, 415.)

“Whoever plants a tree and diligently looks after it until it matures and bears fruit is rewarded,” (Ahmad b.Hanbal, Musnad, IV, 61, 374)

The Prophet also emphasized the role of love in treating the environment with care and affection. He has expressed his love for Mountain Uhud as: “This is a mount which likes us; we also love it.” (Bukhara, “Meghazi”, B. 27).

Without making any differentiation Islam has preached the equal responsibility of human beings to all living creatures. Just as important as the human rights, it is crucial to observe the rights of the animals. A person has the obligation to show compassion and mercy to other living beings.

“Allah the Merciful mercy the merciful. Be merciful to those on the earth so that those in the heavens mercy you.” (Tirmizi, “Birr”: B.16).

These two hadiths show that we should be merciful not only to humans but also to other living creatures.

The Prophet has prohibited practices against animals such as hitting them, practicing shooting by targeting them, inciting them to fight, hunting for fun, and using a slingshot to hunt them. It is mentioned in hadiths that the humans will be accounted for their bad treatment of animals.

By saying, “Allah will ask those who kill a sparrow unfairly on the day of judgment.” (Muslim, “Sayd” H.No:57) the Prophet asked people not to torture animals. He forbade cauterizing and cursing animals, ruining bird nests, and removing chicks from their nest. He also wanted people to keep domestic animals and their sheds clean and to treat their cubs with compassion. Considering even a cat as a family member, he stated that every good deed concerning an animal would be rewarded.

Treating animals in a humane manner and abandoning traditions that harm them is an irrefutable precondition of being civilized. As the greatest environmentalist, Prophet Muhammad had affirmative practices in relation to the environment throughout his life. At the root of the hadiths which are related to the environment lie sensitivity for nature and a consciousness to protect it.

The Birth of Prophet Muhammad

The Institution of Prophethood

Imam Abu Hanifa on Thinking Good of Your Neighbour