Daughter of a priest, whose father was also a priest in the Church of England, Clare Duman used to attend church every Sunday, like every practicing Christian, until the age of 18. Today living in Fethiye, Turkey with her husband and two children, Duman shares the peace of her last fifteen years with Lastprophet.info readers.

“Before I married my Turkish husband I didn't really know anything about Islam,” says Duman, in an interview with Lastprophet.info. 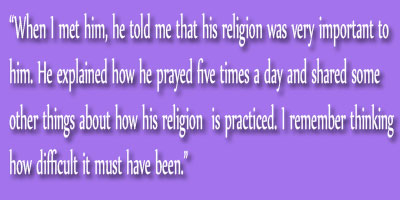 “When I met him, he told me that his religion was very important to him. He explained how he prayed five times a day and shared some other things about how his religion is practiced. I remember thinking how difficult it must have been,” she confessed about her first impression of Islam.

Still, Duman was not content with her impression and decided to engage in some research to increase her knowledge about Islam. “When we decided to marry I thought it would be important for me to understand this religion on a deeper level. I knew that this would help me get to know my husband better. So, at that point I started to read about Islam. I read many books and found a lot of information on the Internet - not all good. Yet, I still had lots of questions, some of which were very silly that arose from my own misunderstanding or misreading; and sometimes it was because I was getting information from the wrong sources. My husband recommended some materials for me to read and directed me to the right people who he trusted and who could answer my questions.”


Her husband’s guidance helped Duman in her inquiries enormously. “As I read and questioned I always found that there were very good and clear answers to all my questions,” she said. “There was an answer to everything and it all made perfect sense. I was constantly thinking about this and fighting with it in my head. One day I said to myself, ‘Why are you fighting this so much when it makes so much sense?’ That was the point when I turned to my husband and proclaimed the profession of faith, ‘I believe in one God and  Muhammad (pbuh) is his Prophet.’” 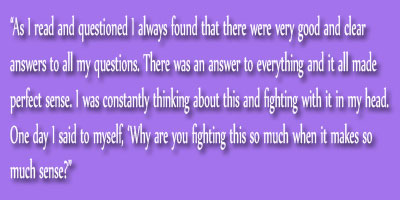 During this period of transition, Duman had many other interesting moments that she cannot forget. “My husband used to pray in the same room as me and sometimes he would leave his prayer mat on the floor,” she explained. “One day when he was out, I wondered what it would be like to do sajda. So I stepped over to the prayer mat and prostrated. It felt as if all my worries had been flushed out of my body, and I felt an amazing sense of relief. I felt lighter.” 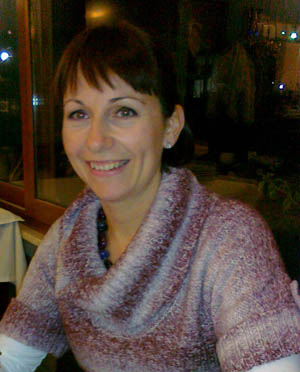 “After I converted I became much more careful of everything I did,” said Duman, noting that becoming a Muslim raised her awareness in many aspects of her life, those of which she did not realise before.

“Islam isn't like other religions where practise is compartmentalised and saved for one day a week,” she indicated. “Every aspect of your life relates to your religion. It encompasses everything from how you eat, sleep, wash, and behave. So I found that my awareness of everything that I did was heightened and had more meaning. You feel a great sense of responsibility to do things correctly, and also a greater sense of purpose, because you realise that everything you do has meaning, which can be seen as a kind of worship. Of course entering into a religion at a later age means that you have to learn everything from scratch. If you were brought up in an Islamic family or culture, then much of this would come as second nature, so it is particularly overwhelming for a convert, because there is always something new to learn.”

Contrary to Duman’s fears about declaring her conversion, it was met with enthusiasm by her entourage which was a rather surprising situation for Duman. “When I converted I asked my husband for some time to learn more and become more comfortable with my knowledge and practise before we told too many people,” she said. “Of course, he was too excited and immediately told some of his Turkish friends, and they told other people. It turned out just fine, however, because everyone was so excited and happy for me. It was like joining a new family, one that was very loving.”

Nevertheless, Duman was still chary about her own family and friends. “I didn't tell my family for a long time,” she said. “Firstly, I wanted some space and time to get used to my new skin as it were; secondly, I wanted to learn enough so that I would be able to answer any questions they had. But I was very lucky; they were all very kind and accepting of my choice and have been incredibly supportive since. They always consider our needs when we visit. They buy halal meat for us and they don't drink alcohol in front of us. I have been very fortunate, because I have convert friends who have had very difficult times with their families.” 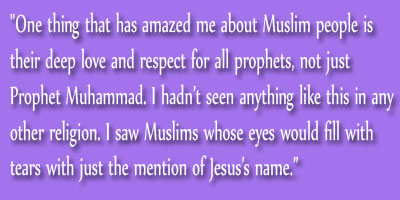 "One thing that has amazed me about Muslim people is their deep love and respect for all prophets, not just Prophet Muhammad,” said Duman, noting that it was hard for her to make a precise comparison between the notion of prophethood in Christianity and the notion of prophethood in Islam, especially since she was not a student of Theology. But it is obvious that she was deeply impressed with the love of the Muslims for the prophets. “I hadn’t seen anything like this in any other religion,” she said. “I saw Muslims whose eyes would fill with tears with just the mention of Jesus’s name. I never even saw a Christian this moved by hearing his name.”

As for her first impression of Prophet Muhammad, it was simply his human side that influenced her the most. In her own words, it was “His compassion.”

“When I first met Muslim people, to be honest, I thought they were a bit over the top in the way they felt and spoke about their Prophet. They would become so emotional and cry when they talked about him or even mentioned his name. It seemed very odd to me. However, after reading more and more about him, and considering his life and what he did for us, I feel the same. I cannot help the tears that come to my eyes when I even think of his name. He loved and cared about us so much that he suffered greatly just so that we could learn Islam. He is such an incredible example for us to try to follow. Despite the fact that he led armies in wars, he was the gentlest and most loving man - I can't imagine any other person being able to fulfil all the roles he filled in his life and still remain so kind, loving and humble. When I do something wrong and don't live my religion properly, or if I feel lazy about doing things and then think of him, I feel so ashamed of myself. This is amazing for someone who lived so long ago, that he is still so alive among us today.”


Prophet Muhammad in the West

“Until 9/11 I don't think anyone really thought about him or about Islam,” said Duman, while explaining how Prophet Muhammad is perceived in the West, which is one of the most critical and controversial issues of today. “I learned a little bit about Islam in school when I was 14-15 years old, but mainly just the 5 pillars, where Islam was practiced, that there was a holy book called the Qur'an and a Prophet called Muhammad. After 9/11, suddenly everyone had an opinion about Islam, but mainly informed through whatever the media was feeding us at the time, therefore their thoughts about Islam were usually unbalanced and unfair. I still think there is a lot of misunderstanding about Islam and our Prophet in the West, but luckily there are good people who are trying to address this,” she said. She adds, “One positive thing that came out of the terror of 9/11 is that there is a lot more literature available now in English about Islam.”

Duman was introduced to many traditions and celebrations for Prophet Muhammad after she converted to Islam. “I didn't live in a very culturally mixed area in the UK, so I wasn't aware of the Mawlid until I met Turkish people,” she explained. “I'm sure that other cultures in the UK are probably celebrating this within their own communities. When I met with my Turkish friends we hosted events for our community to celebrate the Mawlid by bringing people of other cultures and nationalities together to learn about Islam and our Prophet.”

After getting to know her Turkish friends in the UK, Duman also learned about the popular symbol of the Prophet in Turkey, namely the rose. “We used to give roses to all our guests when we held dialogue events,” said Duman. “It is something very beautiful to have such a beautiful flower symbolise such a special person.”

From Hamza Yusuf’s Viewpoint: What can the West learn from Islam?

Sparrow on the Prophet's Tomb

Chapel Hill: Will We Know Why?

A Decision Between Two Paths