On Seeking the Night of Destiny (Laylatul Qadr) From the Editor 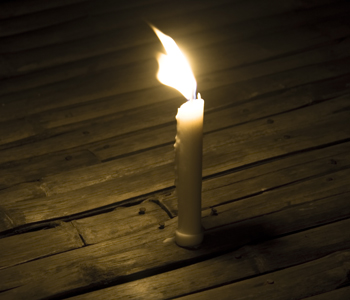 Rather than mechanistically looking at the last ten nights as a gambling of a limited supply of worshiping energy, scarcely interspersed here and there, and wrestling with ourselves on whether tonight is an odd night or an even night depending on which moon-sighting system was used, we can save ourselves some stress by considering Laylatul Qadr and what it means to be a sincere worshiper. At the heart of any act of worship is sincere intention (ikhlas) and in skewing our ibadah in only a few of the last ten nights, hoping to bump into the blessed Night of Power by chance, not effort, we risk damaging that crucial sincere intention, so that even if we do perform ibadah on the Night of Power, we run the risk of a diminished reward.

How does it appear to our Lord, Allah subhana wa ta’ala, to see His servants knit-picking over which of the last ten nights is the Night of Power? Is not the reward generous enough that we should rush to it? If we are being stingy with our worship, then do we truly yearn to seek the Face of our Lord? If we find weakness in our hearts, then these are the tough questions we need to ask ourselves.

We can also ask ourselves: “If tonight were the Night of Power, and I did happen to pray this night, but I neglected worship on all the other of the last ten nights- is this proper adab towards my Creator? Do I expect my Lord’s generosity while I am greedy with my worship? Even with my poor adab, if I were to gain the reward, what sort of relationship is this to have with my Lord? Don’t I desire closeness (qurb) with my Most Merciful Lord?” No matter how tired you are, you will be fully rested the next day, so what does it matter if you are feeling tired in worship when the reward is worth a 1,000 months?

One attains unto the reward of worshipping on the Night of Power through any worship one performs that night. The most important is to strive to perform Isha and Fajr in congregation. After that, the most important of spiritual actions on that night is sincere repentance: one should seek to return to ones Lord through making the firm commitment to leave ones state of heedlessness and disobedience and also to turn ones heart in the direction of Divine Pleasure.

Imam Nawawi mentions in his Riyad al-Salihin in the chapter “On the excellence of praying on the Night of Power”:

1189. Abu Hurayra reported that the Messenger of Allah, may Allah bless him and grant him peace, said, “Anyone who prays on the Night of Power motivated by belief and in anticipation of being rewarded will be forgiven his past wrong actions.” [Agreed upon]

1190. Ibn ‘Umar reported that some of the Companions of the Prophet were shown in a dream that the Night of Power is during the last seven days. The Messenger of Allah, may Allah bless him and grant him peace, said, “I think that your dreams agree about the last seven. Those who want to look for it, should look for it in the last seven.” [Agreed upon]

1192. ‘A’isha reported that the Messenger of Allah, may Allah bless him and grant him peace, said, “Look for the Night of Power during the odd nights of the last ten days of Ramadan.” [al-Bukhari]

1193. ‘A’isha said, “When the last ten days of Ramadan started, the Messenger of Allah, may Allah bless him and grant him peace, used to pray during the night, wake up his family and intensify his efforts.” [Agreed upon]

1194. ‘A’isha said, “The Messenger of Allah, may Allah bless him and grant him peace, used to do night prayers in Ramadan which he did not do in other months, and in the last ten nights of it what he did not do during the other nights.” [Muslim]

1195. ‘A’isha said, “I said, ‘Messenger of Allah, if I know what night the Night of Power is, what do you think I should say during it?’ He said, ‘Say: “O Allah, You are Pardoning and you love pardon, so pardon me.”‘” [at-Tirmidhi] [f: Allahumma innaka `afuwwun tuhibbul `afwa fa`fu `annee]

On Seeking the Night of Destiny (Laylatul Qadr)

The Opportunity of Ramadan

Social Unification from the Revelation to the Sunna