Prophet Muhammad (pbuh) was warmhearted and friendly and occasionally, he joked with the people around him. Due to his fitrah (nature) he always acted in moderation. His gentleness is also referred to in the Holy Quran: "It was by a mercy from God that, you (O Messenger) were lenient with them. Had you been harsh and hard-hearted, they would surely have scattered away from about you."(Al-i Imran, 3/159).

However when he did make jokes and pleasantries, he always behaved moderately like he did in every aspect of his life. For example, as related by Abu Hurairah, when some of his companions said to Prophet Muhammad (pbuh): “O Messenger of Allah, you joke with us?” He replied: “Yes, I do. But I only tell the truth.” This case reveals that the most important thing about a joke is that it should tell the truth and not be offensive.

The children the Prophet (pbuh) joked most with were obviously his grandchildren, Hasan and Hussein. He would hold their hands, place them on his feet and then lift them to his bosom, hug and kiss them. Sometimes he would even carry them on his shoulders.

One day, while Prophet Muhammad (pbuh) was going to a gathering with his companions, he ran into Hussein who was playing on the street. He stopped in front of him, opened his arms and called him. But Hussein did not want to come and he ran away playfully. Then the Prophet ran after Hussein laughing and caught him. Then he kissed and petted him and gave him his blessings.

In another narration by Jabir, the Prophet (pbuh) was pretending to be a camel, and his grandsons were riding on his back. He was walking on his hands and feet and made a compliment to them:

Anas b. Malik was a companion who had served the Prophet from the age of ten. The Prophet sometimes joked with him by saying: “Ya Za’l-uzunayn (O you with two ears).”  Then he would pull Malik’s locks lightly and pet him.

The Prophet`s Jokes with His Companions

Jokes with His Wives

Once Prophet Muhammad (pbuh) made one of his wives wear a long dress and told her; “Wear this dress and be grateful to Allah and walk like a bride dragging her skirts.” 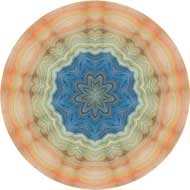 “You go ahead.” When we were left behind far enough, he told me:

We raced and I outstripped him. He did not mention it again until I put on some weight. Meanwhile I completely forgot about this incident. During another journey, he told the people around him to go ahead. When they went far away, he said to me, “Let’s race!” This time he outstripped me and started to laugh saying “we are even now.”

He scolded his daughter saying: “I heard you shouting at the Prophet. What kind of a behavior is this?!” Then Prophet Muhammad (pbuh) intervened and defended his wife. When Abu Bakr left, he asked Aisha: “Did not I save you from your father?” A few days later, Abu Bakr came to visit the Prophet again. When he entered the house, he saw that the Prophet and Aisha were getting along very well.” Then he said:

His Jokes with Other Female Companions

“Please make a dua (supplication) for me that I go to heaven.”

The Prophet replied: “Did you not hear it? Old women cannot go to heaven.”

The old lady became upset upon this. Then the Prophet said smiling: “Have you not read the verse: "We have produced the women of Paradise in a [new] creation and made them virgins, devoted [to their husbands] and of equal age” (Al-Vaqiah, 56/35-37). Then he explained to the old lady in a pleasant manner that old women would go to heaven as young girls, and he cheered her up.

His Jokes with Male Companions

“O Messenger of Allah, how can I ride on a baby camel?”

Here the Prophet used a very delicate and gentle term for women. He stressed that his wives are pure and precious like crystal, and at the same time they are very delicate; they can easily be broken.

“Zahir represents us living in the desert and we represent him living in the city.” Although he was physically an ugly man, the Prophet loved him dearly. While Zahir was shopping, the Prophet hid himself behind him and asked “Who am I?” Zahir recognized him.

Then the Prophet asked “Who is going to buy this slave?”

Zahir replied: “O Messenger of Allah, do you find me worthless then?”

“Are you not a slave of Allah? You are very worthy in Allah’s presence (Ahmad b. Hanbal, Tirmizi, Kandahlavi, III, 1176).

As can be seen from the above anecdotes, Prophet Muhammad (pbuh) used the art of simile and puns very often.

Companions’ Jokes with the Prophet

“How precious is your horse!”

“How lucky you are. You have a fine horse.” The Prophet replied:

“I thought you brought the honey as a present?”

Nuayman replied: “O Messenger of Allah!  I wanted you to taste this fine honey so much, but since I didn't have any money, I did it this way.”

The Prophet laughed and paid the salesman (I. Abdilberr , el-Istiab, IV, 473).

Hahaha! Prophet Muhammad is indeed a perfect man. You hardly find people with a good sense of humor, who joke in a polite way. Subhan Allah!

SubhanAllah
I love his deeds and jokes

Prayer is the Ascension of Believers

Discussions on Ashura and the Prophet's Family

The Ascension of the Prophet and the Stages of His Journey