In the House of Islamophobia Ahmad Gianpiero Vincenzo 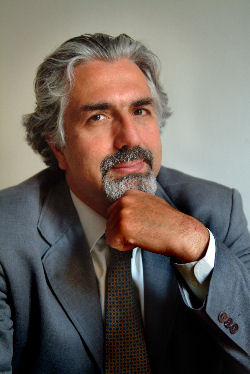 There was an Arabic school in Milan, housed in an old industrial building with green walls and consisting of two floors; it was located far from the centre, in the east of the town.

It was time for the children to return home; their parents were waiting for them to come from school. Among them was an old woman, nearly 50, a converted Italian, wearing the niqab.

In Italy, you don't often come across women wearing the niqab; there are so few. But sometimes, it happens.

The woman was noticed by a man with black hair, who was about 35 years old and spoke fluent Italian. He approached her, and suddenly hit her in the face, without any apparent warning or reason. He kept hitting her and kicking her, until she fell off the sidewalk. Every single blow was accompanied by four words: "You are an outlaw! You are outlaw!" And then he disappeared, running down the alleys around the school (La Repubblica, May 22, 2007).

It must be said that there is a law, No. 152/1975, Article 5, which forbids taking part in public events with the face covered by a helmet or anything else that makes it difficult to be recognized by public officers. But it is not against the law to cover the face at other times. The police may ask for identification, and this is all. It is totally against the law to beat up people in the street or elsewhere. The fact that a person can claim to be displaying religious behavior is irrelevant: "All are equal before the law". It is a matter of debate whether or not Islam requires the covering of the face. However, the action by the young Italian is incomprehensible, unless one presumes that Islam in principle means acting against the law. Thus, actions against Islam are always allowable, they are always justified.

Therefore, we can arrive at a definition: "Islamaphobia is an illegal and crude action against targets that are Muslim or thought to be Muslim." This is the law of Islamaphobia.

On 20 May in Bologna there was a public complaint made by the PDL, the leading Italian political party:  Something had struck the notice of the town folk. Galeazzo Bignami, the vice president of the party, was afraid of the "silent penetration" that had affected the center of the city and this seemed to be something that could be very dangerous for the future of Bologna. The central Santo Stefano Street has lovely old porches and many fashionable stores. One of these was closed for renovations and workmen were going back and forth. There were some doubts about the final use of the three or four rooms that faced the street: Perhaps a greengrocer's would open there? The great fear of Mr. Bignami was that this place would be devoted to Islamic prayer. He was speaking in the name of the citizens; such an implementation would cause great alarm in the city. It seems incredible, but somehow, seeing Muslims praying would have inexplicably negative consequences for the city life.

It must be said that the Italian Constitution is very clear about the freedom of religion: Article 19 says: "All have the right to profess freely their religion in any form, individual or in association, to carry out its propaganda and to practice its worship in private or in public, provided that the rites are not contrary to morality." The Italian nation is not void of religious principles. The Constitution envisages the possibility of agreements between representatives of religious communities, as has happened with the Catholic, Protestant and Jewish communities. All forms of worship are allowed, but this freedom does not include Islamic worship. The presence of mosques is awkward for many. It is perceived as an attack on the local mentality. The Swiss referendum against minarets can only be understood in this sense.

A second definition of Islamophobia could be: "Islamaphobia is a mentality; thus, Islam poses a danger for Europe and the West: Islam is religion, is the worshipping of Allah, Who is not the same God, but rather a particular divinity. It is better to believe in a form of idolatry than to share something with the Muslims. Christianity is important not in and of itself, but as the contradiction of Islam." This is the religion of Islamaphobia. 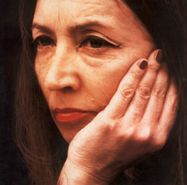 Soon after September 11, the prominent journalist Oriana Fallaci wrote a very long article about the clash of civilizations in theCorriere della Sera (September 29, 2001), the most important Italian newspaper at that time. She said that the attacks on the World Trade Center woke her up from a quiet novel-writing existence and transformed her into an anti-Islamic warrior. Her doctrinal perspective was very simple and clear, thus it easily spread throughout the world. Islam was the religion of the extremists who attacked the USA. There is no other view but to perceive Muslims as terrorists. When kamikazes fight the West, the West has to fight Islam. Five years later, Margaret Talbot declared in an interview in the New Yorker (June 5, 2006) that "hearing Muslim prayers in Tuscany-she does her own wailing imitation-is a form of oppression". She was afraid of the fact that Muslims "want to build *** mosques everywhere." The ideology of Fallaci is nothing more or less than İslamophobia. This is the doctrine of war against Islam.

She spoke of a new mosque and Islamic center planned for Colle di Val d'Elsa, near Siena. She vowed that it would not remain standing. "If I'm alive, I will go to my friends in Carrara-you know, where there is marble. They are all anarchists. With them, I will collect explosives. I'll make you juuump in the air. I'll blow it up with the anarchists of Carrara. I do not want to see this mosque-it's very near my house in Tuscany. I do not want to see a twenty-four-metre minaret in the landscape of Giotto. When I cannot even wear a cross or carry a Bible in their country! So I WILL BLOW IT UP!"

The Swiss referendum and the political ideology of extreme-right European parties begin from Fallaci's discourse. This is the apotheosis of Islamist terrorism.

This is exactly what the terrorists wanted to convey. This is a fundamental part of the fanatical propaganda in both the West and the East. If there were to be a Bin Laden Journalist Prize, there can be no doubts about the winner.

A third definition may be: "Islamophobia is the identification of Islam and fundamentalism, and the justification of Western fanaticism against the same." This is the doctrine of İslamophobia.

The Northern League political party was founded in 1991 as a federation of several regional parties in Northern and Central Italy. It gained a certain success by demanding the secession of northern Italy from the rest of the country. There were years of a great economic-political scandal, known as Tangentopoli, in which the most of the old political nomenclature disappeared. The public opinion perceived that the scandal involved the political classes of the capital. The Northern League presented itself as the standard bearer of the industrious part of Italy against the corrupt capital and the backward south.

The ancient immigrants from the south of Italy are the public enemies of the north. They infiltrated the good part of the state with their bad behavior; they were agents of corruption. However, the political interest in secession fell off by the end of the 1990s.

This was a political war that could not be continued. In the European election of 1999, the party took the 4.5% of the votes, less than 5.6% of the result three years earlier; they took still less in the political election of Spring 2001: 3.9%. The Northern League had to change its policies and entered the right-wing government coalition. It has put an end to the war against Rome. But the party lacked a political discourse. The new ideology was ready after September 11. The enemies were no longer the southern immigrants but Muslims, and foreigners in general. The policy was no longer secession, but the adoption of Fallaci's ideology of a war against Islam. That is, the secession of the West from Islam. After this political restyling, in the election of April 9, 2006 the Northern League gained the 4.5%. Not much, but enough to survive.

With power, the old secessionists signed a pact with the same economic and political classes that they had earlier been fighting. Roberto Calderoli, the prominent leader of the party and a minister, was investigated in 2006 for his connection with the banker Giampiero Fiorani and the recycling of money. The Roman entrepreneur Gennaro Mokbel, who has connections with the Northern League, was involved in the Fastweb scandal during 2009. For years, this telephone company had been used by criminal organizations for the recycling of illegitimate income.

Islamophobia has spread throughout Italy. In 2007, the Northern League started an extensive campaign against Islam. Pigs were lead over areas in which mosques were to be built. Molotov cocktails were launched during Islamic activities. Phrases against Islam and Prophet Muhammad were written on walls everywhere. Veiled women were beaten and driven from schools. During the political election of 2008, the Northern League took more than 8% of the votes, with 10.22% in the European elections of 2009. The Islamophobia discourse is now an essential part of Italian life, necessary to its stability.

A fourth and final definition could be: "Islamophobia is a political necessity that justifies extreme right-wing parties and conceals their unscrupulous connections with the illegitimate financial world." This is the politics of İslamophobia.

In subsequent articles we will examine in detail the Islamophobia movement and we will try to envisage possible ways to overcome this situation.

Ahmed Gianpiero Vincenzo was born in Naples in 1961 and became a Muslim in 1990 after a journey of long and in-depth religious research. Vincenzo, who is considered to be a leading representative of Italian Muslims, lives in Milan and is one of the founders of theIntellettuali Musulmani Italiani (Italian Muslim Intellectuals). Vincenzo teaches History and Law of the Islamic civilisation” and “Religious Laws”.University at the University of Naples. In 2007 he became professor of “Aesthestic of Eastern Religions” in the Accademia di Belle Arti  (Fine Art Academy) of Catania

Robert Hefner: The debate is over and Huntington has lost

Fighting Islamophobia in the West

In the House of Islamophobia