This is the first and opening article to a series of articles investigating and highlighting the various issues of human rights in the Prophetic Sunnah: the life of Muhammad (pbuh), the last Prophet and the Messanger of Allah to all humans. 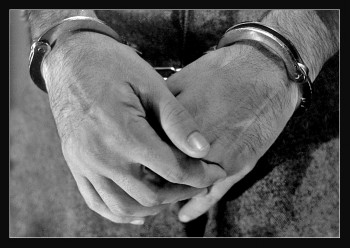 Before explaining the status of Sunnah in Islamic legislation and its impact on the life of Muslims at all times, I want to say that I have chosen this particular aspect of human rights in Islam to discuss for two reasons. The first has to do with some calls today to leave the Sunnah behind and hold to the Qura'n in first place. For those who send such call, their claim is to dismiss the allegation of contradiction between the Qur'an and Sunnah; an allegation that can be easily defeated away from the path they have chosen. My other reason is to contribute to the global campaign to defend Muhammad (pbuh) using the little knowledge I have acquired so far.

The Prophetic Sunnah is all that the Prophet said, did, or approved which can be used as evidence for a legal rule. Muslims (the followers of the four madhabs (Schools of Law) had consensus among them that the Sunnah has the legal status of wajib (compulsory). In this respect Allah says in the following ayah that translates:

{And whatsoever the Messenger [Muhammad] gives you, take it, and whatever he forbids you, abstain [from it]}(59:7)

{These are the limits [set by Allah] [or ordainments as regards laws of inheritance], and whosoever obeys Allah and His Messenger [Muhammad] will be admitted to Gardens under which rivers flow [in Paradise], to abide therein, and that will be the great success. And whosoever disobeys Allah and His Messenger [Muhammad] and transgresses His limits, He will cast him into the Fire, to abide therein, and he shall have a disgraceful torment}(4:13-14)

The Sunnah is the second primary source of legislation after the Holy Qur’an. It clarifies the major behavioural features of the individual and the society as well.The Sunnah may support and emphasise what was revealed in the Qur’an as is the case of forbidding shirk (associating something else with Allah), and giving false testimony. The Sunnah may also explain what was revealed in the Qur’an as is in the case in specifying the number of rak'at (prostrations) in prayers and the specified shares of zakat. Muslim prominent scholars are unanimous on the fact that the majority of the legal provisions and ethical guidance of the common daily Muslim life behaviours have no source save the Sunnah. Therefore, the Muslim nation has agreed in consensus that the Sunnah is the second source of legislation without which the explanatory part vanishes from both the Islamic Shari'ah and from the behaviour of the individual and the society as well. Therefore, the Prophet’s sayings and doings from be'tha (beginning of the message of Islam) till his death constitute a part of the documentary stage for human rights in Islam.

For those who claim the contradiction between the Qur'an and Sunnah, we say that concerning human rights in the Prophetic sayings, all aspects of human rights in the Sunnah complement and clarify the conceptual framework of human rights in the Qur’an.Furthermore, the life of the Prophet and his deeds were the best manifestation of these rights. It was narrated that A’ishah, the Prophet’s wife, was once asked about his morals and she briefly answered by saying: “He was a manifestation of the Qur’an” (Cited in two places in Imam Ahmad’s Musnad). Allah described His Messenger before that saying in an ayah that translates: 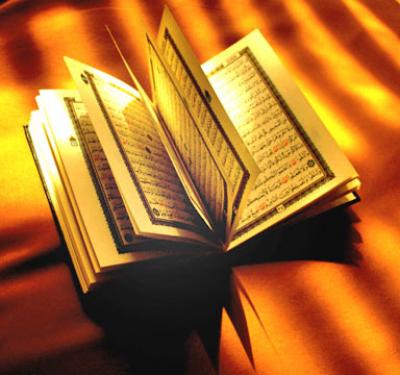 {You [O Muhammad] are on an exalted [standard of character] character}(68:4)

In a study conducted about human rights in the Prophetic sayings in Sahih Al-Bukhari who died in 256 AH (his book is at the top of the list of the best documented books of records of hadithdue to the strict conditions he established for accepting the hadith,and the rules he employed in criticizing their texts and the methods of narration)on the economic, social, and political rights. The researcher says that although a complete image of human rights in Islam cannot be obtained unless we make a comprehensive review of this topic in all sources of legislation in Islam, human rights in Islam as indicated by the Prophetic sayings cited in Al-Bukhari represent the clear, integrated and convincing image of these rights just like the drop of blood taken from a body to be tested in a medical lab. This drop, although tiny, represents and reflects the whole body from which it was taken. Similarly, the Prophetic sayings cited in Al-Bukhari represent the entire attitude of Islam regarding human rights. They complement what was stated in the other sources about human rights in order to clarify the true image of the Islam. The more we go about this minimised image, the more we emphasise and clarify it. We will never find any defect that may distort or devaluate this image. There is no contradiction in Islam at all. This fact is evident even to the non Muslims. The components of Islam are integrated, comprehensive, and compatible with each other. They are realistic and ideal in the social, religious, economic aspects, and all other walks of life pertaining to this world and the Hereafter (Mahmud, Husni. Beirut 2002).

Each of the following articles will be allocated to a specific "right" to discuss in light if the Prophetic Sunnah. The right to life will be on the top of the list of rights followed by other rights. I do not belittle other rights doing so; I am, nevertheless, emphasizing the importance of the basic right a human should have to be able to enjoy other rights.

itis good but i dont need this kind of detail

Search for the Abandoned City

The Women Carrying the Legacy of Prophet Muhammad

Bilal: The Caller Dispersing the Veil of Darkness with his Voice