The fourth of the annual Hadith and Sirah Research Awards Ceremony, hosted by IRCICA, was held on Saturday April 9th at Yıldız Saray in Istanbul, Turkey. Many prominent guests, such as the Minister of Culture and Tourism Ertuğrul Günay, General Director of IRCICA Mohammed Thamimi, and the wife of Turkey’s Minister of Foreign Affairs Sare Davutoğlu were present as the winners’ names were announced and awards were granted. 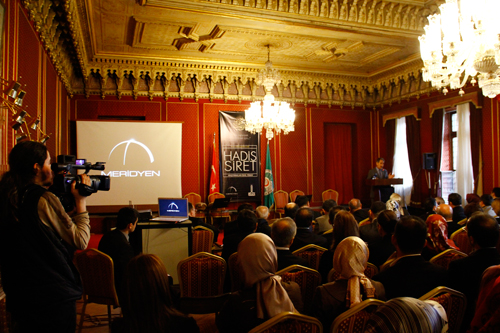 The ceremony began with a speech given by Ertuğrul Günay, who stated that he was glad to have been invited to such an event, especially at a time when information about the Prophet Muhammad and Islam are being distorted and misused. He also pointed out the advantages of digital technology as a way to obtain and share accurate information on a global scale, making particular reference to the sonpeygamber.info (the Turkish version of Lastprophet.info) web portal. He continued: “Islam conveyed important messages about equality centuries ago that today’s world hasn’t yet approached. If you look at our state today, humanity’s recognition of women and children is relatively recent. It was not long ago that we recognized that racial discrimination was dehumanizing. The first call to prayer for Muslims was by an Abyssinian black man, Bilal Habashi. It was pointed out to us that there should not be any discrimination among races, and that no one race is superior to another. Western civilization, in this century, is slowly grasping the idea that black people must have equal rights.”

Following the Culture and Tourism Minister’s speech, awards were given to Ilhami Oruçoğlu who wrote his P.h.D dissertation entitled “The Prophet in the Islamic World, From the Beginning until Now.” Oruçoğlu was handed his award by the General Director of IRCICA, Mohammed Thamimi. With great difficulty from the jury in selecting a winner for the Master’s Degree Award, the award was shared by two nominees, Osman Arpaçukuru with his dissertation entitled “Authenticity of Hadith narratives during the time of the Sahaba,” and Mustafa Celil Altuntaş with his dissertation on the same topic. Both were handed their awards by Professor Mustafa Fayda. Güllü Yıldız also won the Master’s Degree Award for her dissertation entitled “Abdurrahman as-Suhail (581/1185) and Sirah Commentary.” 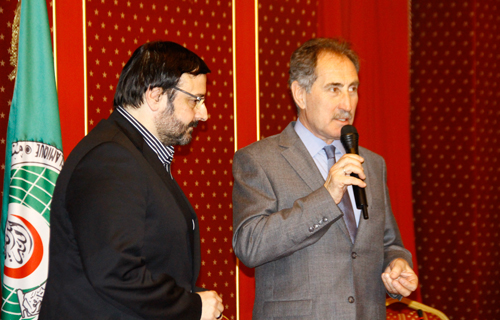 This year’s Hadith and Sirah Service Honorary Award, which is granted to nominees who have devoted their lives to introducing the Prophet Muhammad (pbuh), was granted to renowned Islamic scholar and alim Mehmet Emin Saraç. Unlike other awards, the Hadith and Sirah Service Honorary Award is determined by a vote from the readers of sonpeygamber.info web portal. Due to Mehmet Emin Saraç’s serious health condition, his award was received by his son Fatih Saraç, who’s speech, which was a message written by his father to the audience, brought tears to everyone’s eyes.

"Living Islam in the 21st Century" in Istanbul, Turkey

Friday Sermon - The Ethics of Trade in Islam