The tradition of memorizing forty hadith has been a very important aspect of Muslim life for centuries. 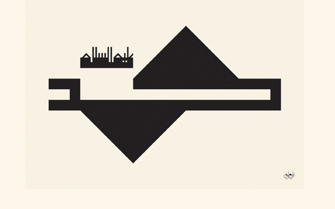 Prophet Muhammad (pbuh) said ''May Allah resurrect those people of my Ummah who  memorize forty hadith, together with the ulama (scholars) and the fuqaha (jurists) (on the day of judgement).''

Here you will find a collection of forty hadith prepared by the lastprophet.info team.

1. “Those people who show no mercy will receive no mercy from Allah.”  [Muslim, Al-Fada’il (Excellent Qualities of the Prophet and His Companions); 66]

3. “Those who are the means for good deeds are the same as those who perform good deeds.” [Tirmidhi, Al-Ilm (Knowledge); 14]

5. “Allah is pleased with the task performed by you in which both the action and duty are sound and which is performed well. [Tabarani, Al-Mu’jam Al-Awsat; 1/275]

6. “Not one of you can (truly) believe if you do not want for your (believing) brother what you want for yourself.” [Bukhari, Al-Iman (Faith); 7]

7. “He who is not merciful to our young (people) and who shows no respect to our elderly is not one of us.” [Tirmidhi, Al Birr (Virtue); 15]

8. “You cannot enter heaven until you believe, and you will not truly believe until you (truly) love one another.” [Muslim, Al-Iman (Faith); 93]

10. “Do not have ill-will towards one another, do not be envious of one another, do not turn your back on one another; O, servants of Allah, be brothers (and sisters). It is not permissible for a Muslim to remain angry with their brother [in religion] for more than three days.[Bukhari, Al-Adab (Good Manners); 57-58]

11. “Allah will examine neither your physical appearance nor your possessions. He will only examine your hearts and your actions.” [Muslim, Al-Birr (Virtue); 33]

13. “When a human being dies all their actions and blessings come to an end, except for these three things: continuous charity (sadaqa jariyah), the knowledge from which they have benefited, and a blessed child who prays for them.” [Muslim, Al-Wasiyya (Bequests); 14]

14. “I leave you two things. As long as you follow these you will never go astray: Allah’s Book and the Sunnah of the Prophet.” [Muwatta, Al-Qadr (Decree); 3]

15. “Wisdom and knowledge are things that the believer lacks. He should take them wherever he finds them.”[Tirmidhi, Al-Ilm; (Knowledge) 19]

16. “One who does not behave gently is considered to have been deprived  of all their good deeds.” [Muslim, Al-Birr (Virtue) 74]

17. “No one has ever eaten anything more blessed than that which is from what they have earned.”[Bukhari, Al-Buyu (Pertaining to Business Transactions); 15]

21. “Every person makes mistakes. The most blessed of those who make errors is he who repents.” [Tirmidhi, Al-Qiyama (Judgement); 49]

22. “Wherever you may be, do not oppose Allah; if you perform an evil action, perform a good one afterwards to cancel the evil out; act towards people as required by good morals.” [Tirmidhi, Al-Birr (Virtue), 55]

24. “One who distances themselves from idle deeds is the most beautiful of Muslims.” [Tirmidhi, Al-Zuhd (Piety); 11]

25. “There are two characteristics that a believer does not have: Meanness and bad morals.” [Tirmidhi, Al-Birr (Virtue); 41]

26. “No one should judge between two people when they are angry.” [Muslim, Al-Aqdiyya (Pertaining to Judicial Matters); 16]

27. “If a servant, covers the shame of another servant on the Day of Judgement Allah will cover their shame.” [Muslim, Al-Birr (Virtue); 72]

32. “The believer possesses cordiality. There is no goodness in the person who is not cordial (who does not socialize with people) and does not permit cordiality (allows others to socialize with them).” [Ahmed b. Hanbal, II/400]

33.“O People! Do your tasks with energy. Because when you become weary of [prayers and worshipping] Allah becomes weary of recording blessings. The most pleasant effort to Allah is that which is little, but constant.”[Bukhari, Al-Iman (Faith); 16]

34. “There is no veil between the prayer of the oppressed and Allah. Beware of being cursed.” [Bukhari, Al-Iman (Faith); 4]

35. “When trusts are lost [when tasks are given to those who are not competent], await the day of Judgement.” [Bukhari, Al-Ilm (Knowledge); 59]

36. “There are two blessings, and most people evaluate these blessings incorrectly: Health and free time.” [Bukhari, Al-Riqaq (Heart Melting Traditions); 1]

37.“The one who is strong in belief is more blessed in Allah’s presence than he who is weak in belief.” [Muslim, Al-Qadr (Destiny); 8]

40. “If you see there to be danger with the truth, do not deviate from it. For salvation is only with the truth.” [At-Targhib wa-t- Tarhib, III/590]

Jazak Allah Khair! May Allah reward you all for this effort. and may he guide us all to learn and implement these teachings of our beloved prophet S.A.S.in our life.

May Allah bless you and reward you for this great effort to spread the sunnah of the prophet (PBUH). I ask Allah to guide us to the right way.

The Prophet in the Words of Celebrities