Christmas is a religious holiday regarded by Christians to mark the birth of Jesus (p.b.u.h.). However, nowadays Christmas is being confused with New Year celebrations by many people, and they are even identified with each other...

The Birth of Jesus Christ, or the Continuation of an Old Pagan Tradition?

In an age when the world has become a big village with the increase of mass communication facilities, Western culture is making its presence felt in every field. Many Western religious and cultural elements that are alien to our own system and values have penetrated into our daily lives directly or through the media.

One of these issues is without a doubt the idea of "Christmas" and "New Year", which are celebrated every year at the end of this month. 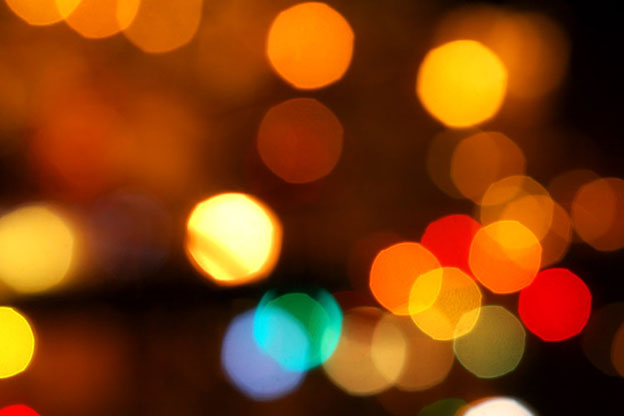 Christmas is a religious holiday which is regarded by the Christians to mark the birth of Jesus and which is celebrated as a sacred day. However, nowadays Christmas is being confused with New Year celebrations by many people and they are even identified with each other, yet in fact they are completely different things. Perhaps the only thing they have in common is the fact that they are being "publicly" celebrated, mostly by people in the West.

Christmas Eve is celebrated in the Western world on the night of December 24, whereas in Eastern Christianity it is celebrated on the night of January 5. This is one of the reasons why the Christmas holiday is spread over a two-week period, so that it can contain these two different dates so that both groups can celebrate their religious holiday. Devout Christians try to celebrate the night before Christmas in a religious fashion. On this night religious rituals are held and prayers are said with the participation of large groups in churches, primarily in Saint Peter's in Rome and in the Phanar Patriarchate in Istanbul and other Patriarchal centers in the East. These scenes are broadcast live by many television stations. As a result Christians attempt to experience not "Christmas Entertainment", but a "Christmas Ritual" on this night, one which is conducted in a religious atmosphere. On the other hand, the idea of the New Year is something that dates back to ancient times and is a time when people celebrate the beginning of a new year in a state of extreme entertainment, pleasure and delight while totally ignoring any code of ethics. The night of December 31 is a night that is celebrated by many people throughout the world, Christian or otherwise.

The term Noel, which is used today by Christians in a religious form to mean Christmas, is in fact not a Christian in its origin. This term, which in ancient Greek and Latin languages had such meanings as the "new day or the new day of the month", came to be used over time for the festivities that were held by the Pagans at the beginning of each new year. Romans would also shout "Noel, Noel!" in order to salute the arrival of a significant person or to herald a happy incident such as birth. The pagan Romans, Greeks and Egyptians held celebration such as "the Birth of Time" (Aion), the "Festival of Light" (Epiphany), the "Festival of Enlightenment" (Phota), the "Festival of Empire" (Theophaneia) and the "Festival of Birth" (Genethlia), all of which were celebrated long before the arrival of Jesus.

In the Christian era, with the new interpretations of the fathers of the Church (high-ranking Christian functionaries) who had managed to Christianize many customs from the pagan/idolatry culture, Noel and other days that were celebrated in similar manners had their contents changed over time and Noel soon became another word for the day on which Jesus was born, and thus became a feast that is celebrated for the commemoration of the birth of Jesus, the Son of God who took his form on earth in order to redeem humanity from sin.

At present, December 25 is regarded by the Western church as Christmas Day; this has merely replaced the celebrations that were held in Rome for Mitra, who was the God of the Sun, and January 6 is known as the Epiphany (the Festival of Light), a day that was celebrated by the Greeks. The Christmas holiday was first celebrated in 336 by the Christians, three centuries after the death of Jesus. Today, the birth of Jesus is denoted in the West with the term Christmas, which means "the Mass of Christ", whereas it is denoted in Greek with the term Hristugennea, which means "the birth of Jesus".

When was Jesus Born?

Today, when Muslims celebrate the start or finish of Ramadan with differences of one or two days, due to the waning or waxing of the moon, they are criticized. However, the birth of Jesus, a very important figure for the Christians, is celebrated with a difference of 10 days between the Orthodox and the Western Christians (December 25 and January 6). The reason for this is the contradicting dates that are provided for the birth of Jesus by the gospels, as is the case for many other issues. The person to have suggested for the first time the idea that the birth of Jesus should be the beginning of the (Gregorian) calendar was the Roman clergyman Denys le Petit (d. 550). As far as the information that is available in the Bible is concerned, contrary to what is commonly believed, it is certain that Jesus was not born at the date that is given as the beginning of the Gregorian calendar.

Here we will put aside all the contradictory ideas and wrap up this issue with a short example from the Gospel of Matthew. In the Gospels it is stated that Jesus was born during the days of King Herod (Matthew 2/1). It is written that King Herod died after the birth of Jesus (Matthew 2/1). When historical data is examined, it can be understood that according to the Roman calendar Herod died in the year 750 and in 4 BC according to Gregorian calendar, the calendar that we are currently using. Thus, according to the gospels, Jesus must have been born at a date before 4 BC. The general conviction is that Jesus was born in 5 or 6 BC. Consequently, as far as the information found in Matthew is concerned, contrary to what is believed, Jesus was born at least 5 years before the known date. It is very doubtful that the day celebrated currently is connected with the birth of Jesus. The date that is  celebrated at present is a date that was determined long after the death of Jesus by the Church fathers as a consequence of long theological and philosophical debates.

Prophet Muhammad's Relationships with the People of the Book

Prophet Jesus in the Quran

The Use of Religious Figures in Cinema

What is Christmas About?