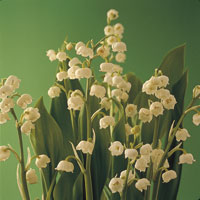 Prophet Muhammad (pbuh) established a relationship with the children who were close to him from the moment they were born. He would read the adhan (the call to prayer) in their ear, name them, change the name of those who had been given a name with negative connotations, and have a sacrificial animal slaughtered as thanksgiving for their birth. For example, when Hasan was born he read the call to prayer in both ears. On the day following the birth of Ibrahim he explained to the Companions why he had given this name to his child: "Last night a son was born to me. I named him after my ancestor Ibrahim (Abraham)." (1) He did not approve of the name Harb (war) that was given to his grandchildren Hasan, Huseyin and Muhassin, and changed their names. This relationship that started with the birth would continue. Prophet Muhammad would put the children on his back or on his lap and play with them. In fact sometimes Prophet Muhammad would put children on his shoulders or his back when praying in the mosque. His granddaughter Umame, the child of his daughter Zainab, was one of these. Prophet Muhammad would take her on his shoulder while praying, when bending over (ruku) in the prayer he would put her on the floor and when he stood up again would take her on his shoulders once again. (2) Sometimes when Prophet Muhammad put his head to the floor (sajda) the children would climb on his back. When he got up from the sajda he would gently put them on the ground. When he went back to the sajda they would get on his back again, and they would continue to play in this way until the end of the prayer. When the prayer finished Prophet Muhammad would take the child on his knee without getting angry. (3) Once when Prophet Muhammad was in the sajda he stayed with his head on the ground until Hasan or Hussein got off. One day when Prophet Muhammad was handing out the dates for charity Hasan was on his lap. When Prophet Muhammad finished handing out the dates, he put the child on his shoulders. (4) al-Bera states that one day he heard the Prophet say when Hasan was his shoulder: "Allah, truly I love this (child). May You love him too." Children would ride with Prophet Muhammad. When he entered Mecca after the conquest his grandson Ali, the son of Zainab, was on the saddle. The love that Prophet Muhammad had for his children and grandchildren was related to a number of factors and he used every opportunity to express it.

One day Prophet Muhammad came to the Companions with Hasan on one shoulder and Hussein on the other; he was kissing them in turns. (5)  Once when Prophet Muhammad was reading the sermon Hasan and Hussein came into the mosque; he interrupted the sermon and came down to pick them up. (6) When Fatima came into the Prophet's presence he would get up, hold her hand, kiss her and have her sit down beside him. Fatima would treat the Prophet in the same way. (7) Abu Huraira tells of the following event: I was with Prophet Muhammad in one of the Medina markets. Then he went his way and I mine. He (went to Fatima's house) and called three times: "Where is the naughty one?" calling Hasan. When Hasan came the Prophet opened his arms wide, Hasan opened his and he hugged and kissed him. And then he said "Allah, truly I love this (child). May You love him too and those who love him!" (8) A similar event happened when Prophet Muhammad was going to an event; he saw Hussein playing on the way and the Prophet opened his arms wide and kissed Hussein. Anas tells us that Prophet Muhammad kissed Ibrahim and inhaled his scent. This demonstration of affection was noticed by some Companions. al-Akra b. Habis saw Prophet Muhammad kiss Hasan and said: "Truly, I have 10 children, but I have never kissed any of them!" Prophet Muhammad replied: "One who does not show mercy cannot be shown mercy."

When Prophet Muhammad would set out on a campaign he would call last on Fatima, and on his return he would visit her first and kiss her. Prophet Muhammad, who was met by the children of his family on his return from campaign, would ask after those who were far away, keeping track of them. For example, for a time there was no news about Ruqaiyyah, who had emigrated with her husband Uthman to Ethiopia. At that time Prophet Muhammad would go and ask those who were coming from that direction if there was any news.

Once Fatima became ill and he went with Ma'kil b. Yasar to visit her. (9) Whenever there were any problems in their houses Prophet Muhammad was with his children. At one point it became clear that Fatima and Ali were experiencing problems and Prophet Muhammad went and helped them to sort the problems out.

He shared moments of sadness and death with them. At those times Prophet Muhammad was with his children. When Ruqaiyyah died Prophet Muhammad sat by her grave. Fatima was with him and she was crying. Prophet Muhammad wiped away Fatima's tears with a piece of cloth. (10) At another death Prophet Muhammad picked up the small girl who was suffering and held her to his breast; when the child died in front of him he wept. (11) When burying Ummu Qulsum he ordered that soil be put to cover the empty places, saying "There is no purpose to this. But let the hearts of those who remain behind be appeased." (12) As part of his relationship with the children Prophet Muhammad protected them in a number of situations. For example, he protected his daughters when it came to their marriage, participating in the selection of the groom and the preparations for the wedding; he also did not approve of second marriages for his children. When both Abu Bakr and Omar asked for Fatima's hand the Prophet, giving the reason of her youth, gave a negative answer, and when she married Ali he paid close attention to how their relationship grew. At that time he told Fatima "Fatima! I swear I am marrying you to the most knowledgeable, the most mature and the most intelligent of the first Muslims!" Prophet Muhammad was very protective of his daughters and he was strongly opposed to them being involved in second marriages or to their husbands taking second wives. In this matter it is reported that he made his sons-in-law swear that they would not take second wives. For this reason Abu'l-As, who kept to his promise and did not take a second wife was praised and mentioned, Ali, who wanted to take a second wife, was strongly opposed.

Prophet Muhammad was interested in the spiritual and mental education of his children and grandchildren, and he provided them with guidance for their material and spiritual happiness. One event to do with the dates donated to charity is well known. One day Hasan put one of the dates intended for charity into his mouth and Prophet Muhammad immediately took it out, saying: "Did you know that the family of Muhammad cannot eat from charitable goods?" (13) In the early years of the revelation in Mecca there was an address to Fatima in the famous "inzar" (warning) event: "Fatima, daughter of Muhammad! Whatever you need of my goods ask me. I will not leave you wanting for anything in front of Allah!" Thus, Prophet Muhammad taught us that his children were no different in religious matters from the other Muslims. He actually warned them about this matter from time to time.

It can be seen that Prophet Muhammad focused much on prayer and asceticism in guiding his children. Anas tells us that when Prophet Muhammad set out for fajr (morning prayer) he would go to Fatima's door and call the people in the house to join him. He would knock on their door to get them up for the isha (nighttime prayer). On the other hand, when Fatima asked for a servant as she was weary grinding her own flour, the Prophet recommended that she pray before going to sleep rather than hire a servant. (14)

Another matter that attracts our attention in the relationship of the Prophet with his children and grandchildren is that he did not differentiate between them, and he took great care to treat them equally. We can give the following event as an example of this matter: One day Prophet Muhammad went to Fatima's house. Ali was sleeping and Hussein asked for something to drink. Prophet Muhammad set out to go milk a sheep. Hasan came up to him, but Prophet Muhammad did not give him any of the milk. Fatima asked him if that was because he liked Hussein better, and Prophet Muhammad answered: "No, it is because he asked for it first." Naturally the Prophet did not express his love for all children the same. There are reports that he loved some children more than others. This must have been because they were the first born, or the smallest child at the time, or because they had some particular ability.

For the entire text, see: Abdullah Aydınlı; Hz. Peygamberin Terbiyesinde Yetişen Çocuklar (Children Who were Brought up by Prophet Muhammad); Symposium on Family and Child Rearing in Islam (II : 1994)

The Qur'an which was revealed to Prophet Muhammad