Conveying the Prophet to Hearts and Minds: Between the Classic and the Modern Lastprophet.info 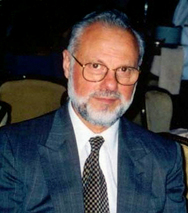 - You have been living in the United States for a long time. Could you please briefly inform us on your works and your relations with the Islamic communities?

- I have been living in the United States for about 20 years now. I went to Dallas, Texas for the education of my daughters. About 40 years ago a dozen of Muslims from India and Pakistan had gathered here in order to study fields like engineering and medicine and they had formed IANT (Islamic Association North Texas). Their efforts bore fruit and the number of Muslims in that region has today reached about 150.000. One of the centers they established is the Dallas Center Mosque. Just as in the case of the Prophet's usage of masjid for multiple purposes during his time in Medina, this masjid also serves as the center of many social functions. Today it has been transformed into a complex with eleven classes, a great conference hall with a capacity for a thousand people and room for various sports and recreational facilities. Moreover, a clinic in the body of this Islamic center looks after patients without discrimination on the basis of religion three to four times a week free of charge. Another important institution within the body of the center is the Quranic Academy (IQA) which is a four-year school established with the purpose of raising Islamic scholars in the United States. This school has no precedent. From the pre-school (from the age 5) up to the ninth grade, we currently have 150 students. The classes are held in classes of ten. Apart from the official curriculum, the elementary and the middle schools aim to get the students to memorize the Quran and to master the Quranic Arabic. The aim is to teach the meaning of the most frequent words appearing in the Quran with the help of teachers and families. As such, we want children to memorize the Quran by knowing its meaning deep inside their hearts from an early age. Twelve of our students, six of them being girls, have already completed their memorization. Their level of Arabic is also very good. This year, the "scholar program" has been initiated in which the education of hadith (sayings of the Prophet), fiqh (Islamic law) and tafsir (exegesis) are being conducted over the classical Arabic texts. I teach fiqh and akaid (Islamic rulings). The students have read and memorized the entire body of el-fıkhu'l-Ekber by Imam-i Azam, the akaid book, el-Akidetü't-Tahaviyye by Tahavi, and Akaid-i Nesefiyye by Nesefi. Now they are about to complete the two and a half page text of Bedru'l Emani. In fiqh, we are reading Nuru'l Izah. They are also memorizing Kitabus-salat.

- Are the classical texts being read and memorized?

- Yes. Our aim is to educate these children, who were born in the United States, who speak perfect English and who know the American culture very well as Islamic scholars and strong Islamic leaders. We desire them to continue their education at an institution known as the Suffa Seminary when they graduate from high school. The director is a convert American named Mattheuw Mois. Sask accredited this school a while back.

- Does it have any equivalency problems?

- It is a school with no such problems. The official accreditation decision will be taken in Florida on December 9th, but they have already congratulated us based on the early reports. They also told us that we are being shown as examples to other schools. This is a first in the U.S. I mean, in terms of being the first school to teach the Islamic sciences in Arabic from the classical sources as well as other cultural courses.

- Then in a sense you are offering classical and modern education under the same roof for the same age range.

- We must. In this quest, everyone must contribute their share in raising our daughters and sons in a way to represent Islam in a leading country as America with a population of 270 million. So we say that we act on our share of the imaginary Islamic community. And we walk in that path. These students will receive their high school diplomas in three years. I am still the founding dean of the Suffa Islamic Seminary that is the equivalent of a university. Today we have Arabic, tafsir, hadith, fiqh and sirah courses on weekends and after the work hours. The aim is to get them to read and memorize the Ottoman madrasa (school) texts for these coming four years. Moreover, we also want them to learn Latin, Greek and Hebrew. We also have a program that enables the students to articulately address the crowds. Graduates from this school will hopefully pursue their PhDs in schools with great programs in Arabic, Persian and Orientalism such as Harvard, Michigan and Chicago and later become lecturers at these universities. As such, we hope that these students will represent Islam as great scholars in 15-20 years and contribute to the interfaith dialogues.

- We pray from Allah for your works to fully blossom. We would also like to ask you a few questions on lastprophet.info which emerged as a modest contribution to describe our Holy Prophet...

- Of course. I also attended the opening reception of Lastprophet.info held in Istanbul on April 19. This was rather a surprise gathering for me, and it is a work to be proud of. I hope that it becomes a vehicle to explain our Prophet to all mankind in all his beauty, maturity and exemplary status. Our aim must be to be mobilized by questions such as "how can we represent Islam by living it, how can we transmit it to others?" I believe that today's world is in need of the Ottoman understanding of religion that is gentle, tolerant but also one that is never giving concessions. Muslims and Non-Muslims alike are all in need of this type of an Islamic perception. Even the living beings, the animals are in need of it.

- Your program is important in relation with this issue. May Allah bless you with success. May we spread this proper understanding of Islam by informing about Prophet Muhammad (pbuh).

- Modern technology has facilitated penetration into other countries, cultures and religions. In this context, do you think that we have been able to sufficiently describe Prophet Muhammad (pbuh) to the rest of the world?

- Today, globalization, internet, high tech technology, satellites have transformed the whole world into a single global village, a single market, a single building, a single room. Anyone can hear anyone and anyone can reach anyone. At this point, Muslims encounter many obstacles when it comes to the Holy Prophet and the leadership of the Islam, because all opinions are monitored and automatically translated into other languages. Thus how Muslims should act, how we should describe our Prophet, Islam and the Quran in a coherent whole is very crucial. First and foremost a strategic planning has to be laid out. And in this lay out, we are in urgent need of intellectual, dynamic and flexible scholars who are aware of today's circumstances.

I believe that Prophet Muhammad (pbuh) should be described in two ways. One concerns the issue of describing him in a popular language to the larger populace. Of course the mawlids, meetings and general explanations are very beneficial and their numbers have to be increased. This is because we need to access the individual, his heart and his brain. Secondly, we also have to think about how we can explain our Prophet in a scholarly and intellectual fashion. First, we need strong institutions that analyze our Prophet comprehensively. A research center and even a library that cover all classical and modern studies on the Prophet must be established. This way, all these former compilations can be accessed by the specialists in explaining the Prophet to the rest of the world.

Even the Quran is a sunnah (practice of the Prophet). Let me explain what I mean by that: The Quran reached us by means of our Prophet.

- Why would we do all these? What would you tell us about the importance of the Prophet of Islam in understanding the religion itself?

- The Holy Prophet (pbuh) is a key person. All prophets are key people for the Abrahamic religions. In other words, we can reach Allah only through the way of a prophet. As the ummah (community) of Prophet Muhammad, we received the Holy Quran from him. He brought us the Holy Quran. Angel Gabriel is his tutor. The Quran and revelation can be learnt only through the way of the Prophet. All prophets confirm one another and as the last prophet, Prophet Muhammad confirms and accepts the other prophets. I will now state something rather awkward; Even the Quran is a sunnah (practice of the Prophet). Let me explain what I mean by that: The Quran reached us by means of our Prophet. Our Prophet made the revelation scribes write down the revelations he received from Gabriel. He memorized them and then repeated. Thus it was preserved in three ways as the strongest book of the world. Therefore, if we think of each action of our Prophet as sunnah, the Quran could also be relying on sunnah for it has been sent to us through him. In order to be able to believe in the Quran, in order to be able to believe in Islam, one must first believe in the prophethood of our prophet. This is why we need the supplement of " Muhammedu'r-Rasulullah (Muhammad is His Messenger)" right after we say "La ilahe Illallah (There is no God but Allah)". Otherwise "La Ilahe Illallah" would remain solely philosophical. Our Prophet is the uttermost critical key source in understanding the Quran and Islam. We go in through this path and we make our way through this path. We can test our understanding of the Quran by checking our proximity to his actions and deeds.

Islamic Values in the Face of Dissension

Months of the Islamic Calendar: Meanings

Why did some oppose Muhammad's Message?

Mosques Of The World